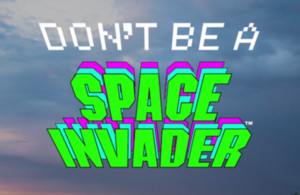 That is the message from Highways England as it reveals the extent – and impact – of tailgating on the country’s major roads and motorways.

New figures show that one in eight of all road casualties are caused by people who drive too close to the vehicle in front, with more than 100 people killed or seriously injured each year.

While a small minority of tailgating is deliberate, most is unintentional by drivers who are simply unaware they are dangerously invading someone else’s space.

So, a safety campaign, launched 17th September, uses the well-known Space Invader video game character to alert drivers to the anti-social nature and risks of tailgating.

Highways England says good drivers leave plenty of safe space for themselves and others.

“If you get too close to the car in front, you won’t be able to react and stop in time if they suddenly brake.

Tailgating makes the driver in front feel targeted and victimised, distracting their attention from the road ahead and making them more likely to make a mistake.

It is intimidating and frightening if you’re on the receiving end. If that leads to a collision, then people in both vehicles could end up seriously injured or killed. We want everyone to travel safely, so the advice is – stay safe, stay back.”

If you wonder whether you are ‘space invading’, then remember the Highway Code, which says that drivers should allow at least a two second gap, which should be doubled on wet roads. If you are tailgated, then avoid speeding up, slowing down or staring in the rear-view mirror. Reduce the risk to yourself by driving normally, signalling clearly and allowing people to overtake.

Highways England has a dedicated webpage where drivers can find more information about tailgating and what they can do to stay safe. 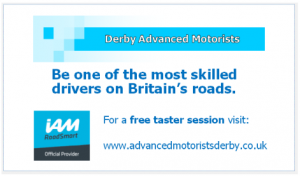